My protection warrior is no more... 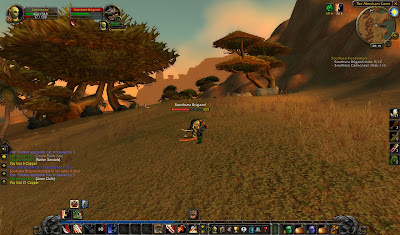 I don't remember why or when exactly I decided to play a warrior, but my very first one - a tauren male named Vorax - I levelled as dps. It wasn't until max level (70) and half way through Burning Crusade that I decided to try some tanking, initially very reluctantly and extremely nervous. I had my mishaps, my favorite one was trying to tank a heroic with all my skills in rank 1. I had forgotten to train them after a respec (yeah that was a thing!). If my memory serves though it went well enough for me not to entirely give up on it, rather the opposite, I developed an extreme fondness for warrior tanking.

So much so that I decided to level another warrior from scratch, this time protection all the way. I've always held that the best way to learn a new class is to play it from level 1 and for me at least it's definitely worked well. My enjoyment of warrior tanking subsisted throughout my years of playing WoW and I created many new protection warriors simply because I enjoyed tanking dungeons so very much.

While I loved healing in raids, I absolutely loved tanking for everything else in WoW. That's why I knew right from the start that I wanted to play a protection warrior first and foremost when WoW Classic came. Said and done, I rolled myself an orc warrior and started playing.

So I've played protection warrior a lot, especially for the levels between starting out and endgame and lowbie tanking was what I enjoyed best. But looking back at all those memories of tanking I quickly realized that I never actually tanked anything in Vanilla WoW. My knowledge of the original experience of tanking was limited to the rumours of rage starvation that I heard while bumbling about as a newbie priest. Rolling a protection warrior in Classic WoW would thus be a completely new experience to me.

Completely new though? Could it really be that different? 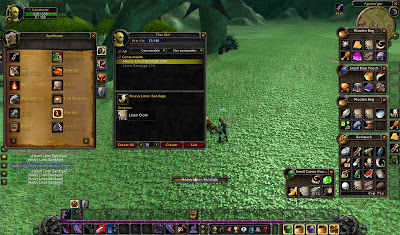 Well... in many ways yes. It is clear to me, having gotten myself to level 20 and looking back at my, so far, four experiences of tanking dungeons, that a lot had changed between Vanilla and Burning Crusade when I took up my shield and sword for the first time. Even back in Burning Crusade I remember thinking that warriors lacked some tools that other tanking classes had for a long time, a ranged silence (like paladins had) for instance (we eventually got that though). But boy do they lack tools in Vanilla WoW!

It's almost like I can see the Blizzard thought process - let's make warriors the tank for endgame and every other tank class can be for up until then (heck, even throw shamans into that mix). Because the harsh reality is that protection warriors are just not very well suited for dungeon tanking. Their shtick is to take one really big bad guy and tank that mofo hard. If you've got one giant dragon swiping at your face (hello Onyxia), being a tank warrior is probably what you want to be. If you've got three mobs out of which two are casters and one can pull other mobs from around you (hello Wailing Caverns), a warrior tank is the last thing you want to be.

It is one thing that the tool set is limited - as a protection warrior I literally have no aoe threat except Demoralizing Shout, Taunt is melee range only and as an orc (and maybe any warrior race) I can't even use ranged weapons without learning them first (how do you pull you ask? Well with your face of course).

Ok, so I just got Cleave at level 20 and I can actually use that in Defensive Stance (yay). But what does that cost? 20 rage!? Hahaha I never have that much rage... That takes me to my main issue with warrior tanking - rage starvation. 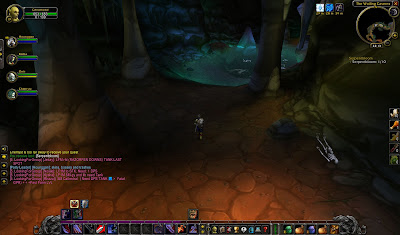 See I remember it being mentioned back in the day, and my guess is it was probably so bad it was something every protection warrior I came across mentioned. Or they just talked about it randomly in General Chat. Probably both. And holy macaroley is rage starvation a thing. As a protection warrior I will so easily end up in a cycle of just not being able to do anything. Unless I have Bloodrage ready (which has 1 minute cooldown) I will run into a pack with 0 rage, being able to use exactly one of my skills - Taunt. It takes me 2-3 auto attacks to get enough rage for 1 Sunder Armor. That is 1 Sunder Armor on 1 enemy. If there are more enemies in that pack? Well they've probably run off to the healer by now. Or any dps that can't follow target markers (a lot more common than you'd hope). So I run after a mob trying to Taunt it with my melee range Taunt and while I do that I do exactly zero threat to all the other enemies around us. Because I just. don't. have. aoe. threat. And even if I did I don't have enough rage to use it.

So my main issue is definitely that of rage. I am actually perfectly fine with not having a good aoe tanking tool, I mean I do have Demo Shout after all and that definitely works well enough. But not getting the rage I need to do any of the skills I need is just... not fun. At the moment I run in and just stare at the mobs angrily enough, hoping my ugly face will make them stay around to hit me. The only light in my tanking tunnel is that whatever hits I do get in generate so very much more threat that most players around me (at least if they're my level) that even melee hits can be enough to hold general aggro most of the time. But auto attack swing tanking is not a very fun way of tanking. I feel like a glorified target dummy.

My issue isn't even that tanking is hard. It was hard all the way until Cataclysm, warrior tanking was probably the most difficult for a long time and that is part of what I enjoyed about it. It's not much more difficult now, it's just... a lot more tedious.

I realize it might just be that tanking is this way for any tanking class in Classic. I haven't tried any other so I don't know. But I do know it's not very much fun for warriors at least, and anyone who has tried any other tanking thus far would be very welcome to tell me about that experience.

Things might look up in a couple of more levels, I am only level 20 after all. Looking at the protection talent tree there isn't really much in there that tells me that's the case though. So I am going to use some of my extremely hard earned money to respec into Arms and see if that can work better for tanking (and it's definitely going to work better for questing methinks). I guess it is fitting that WoW Classic would be the first place where I find that protection warrior isn't worth or fun playing. (Disclaimer though, I am absolutely loving WoW Classic and am having so much fun with it overall).
Posted by Zinn at 21:57