I Just Got My First Ignore [WoW Classic]

After harping on about how nice everything is in WoW Classic I guess it is only fair that I share an encounter I had with someone that clearly wasn't having a very good day.

My bf tricked me into going to Loch Modan with my level 18 paladin, when I realized I was too low level for most quests in Redridge and didn't really know where else to go. I say "tricked" because I don't like Loch Modan and I also outleveled a lot of the quests there. 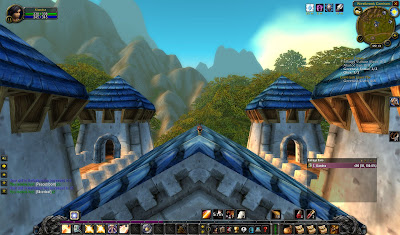 After I had a successful group to kill Chok'sul, which is almost a story worthy telling in itself seeing that we pulled four elites on a group of three and still got out of it alive (well I wasn't but the other two were), I ended up running around and passed a Peacebloom.

I've decided to go for gathering professions on my paladin because I suck at collecting money otherwise and so I stopped to get the Peacebloom. I also really fancied some cake. I had been thinking about it for a while but didn't want to run off mid-elite-killing. So I started picking the flower and went to get cake thinking I'd auto-loot as usual. I was gone less than a minute. Apparently I had full bags, so when I came back my character was still in the loot window. No biggie I thought.

But oh no, there was a biggie.

I noticed someone had apparently run past me while I was kneeling there next to the Peacebloom and said "Either loot it or don't".

I could've just left it at that. Maybe I should've. But I like talking and for some reason I thought it could start a fun conversation, since people are generally nice and easy to talk to.

"Sorry, I went afk while looting and apparently had full bags" I told the person through whisper.

"Who goes afk while looting" they answer.

"Someone who really wants cake" I wanted to answer. 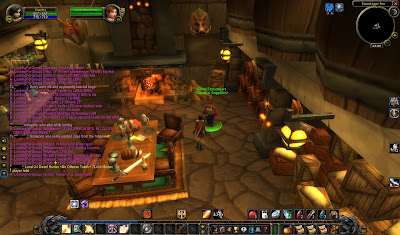 But they had ignored me.

Ignored me! Over a Peacebloom!

But it gets better. When I shift-clicked them to see their level I noticed their guild name - "No Offense Taken". Fighting over a Peacebloom. Some times, comedy just writes itself.

So I've just gotten my first (that I know of) ignore in WoW Classic, but I'll definitely try to step up and loot my herbs a lot faster from now on.
Posted by Zinn at 23:34