When I decided to have a child and started imagining what it might be like, I kind of understood that it would take a lot of time from all the things I used to put a lot of time into, like gaming and writing. Interestingly enough things didn't really turn out that way when work came in and ruined most of the time I had for gaming and writing long before my son did, meaning when he turned up I didn't really have to change much or sacrifice much in my routines - my son basically replaced the time I had put into work. So everything was just fine until I slowly realized something else was suddenly missing in my life, something I hadn't really thought about but that I actually had put a whole lot of time into - in fact more time the more I worked. I am talking about reading.

I've always loved to read and started out young when my overambitious parents gave me books way beyond my age that I struggled through to make them proud. Because of them I read books of for example HP Lovecraft, Orwell and stuff about philosophy well before my teens and in all honesty I don't think I actually understood much about them (I reread most of them later though, and they were at least good books). It's not like my parents efforts turned me into some sort of literature mastermind, but I at least did find a love for reading that is with me still today.

If someone were to ask me what my favorite genres were I'd probably say sci-fi, historical and factual books (the sci-fi most likely from my mom since she's a total sci-fi nut). To me, reading has always been somewhat like doing quests and completing a book and starting a new one is something I find immense satisfaction in. For this reason there are few books I've given up on (but there are a few, probably enough for their own list eventually!). At work I was known as "the girl who always reads" as I made sure to always have a book handy to fill out those little spaces of time when you have nothing to do and most people play Candy Crush Saga on their phones (nothing wrong with that, except King are total asshats). In my line of work, psychiatric care, there are many holes like these to fill and they allowed me to do a whole lot of reading. Time and opportunity I no longer have and my reading has taken a massive plunge, which definitely saddens me a bit.

My problem at the moment is that eventhough I love reading, I love gaming just that tiny bit more, so the few times I have to do whatever I like are often turned into gaming sessions. Lately I've tried to end the day with some reading in bed however, both because reading makes me sleepy as hell and because I just want to squeeze in some reading somewhere. In the light of not reading however, I have been thinking a lot about books I love and wish I could read again. So here is my top 5 favorite books! All the books on this list are books that are my personal favorites (obviously), books I've read several times and could read a hundred times more without getting bored of because they're just that great. But first I thought I'd start with some honorable mentions, this is not something I normally do for my top-lists, but these are a couple of books that deserve to be mentioned, and if you're into reading a check out, eventhough they didn't make it onto the list.

Honorable Mentions
The Name of the Rose by Umberto Eco - I actually saw the movie before I read the book. I loved the movie, decided to read the book and loved that one even more. It's a low tone murder mystery, a bit in style with an episode of Murder She Wrote or Midsomer Murders. Set in a historical mileu, the atmosphere and storytelling of this book is just great.
Musashi by Eiji Fushikawa - A grand story about honor, betrayal and love set in rural Japan. Obviously based on the sword master Miyamoto Musashi this book has a pretty epic feel to it.
Memoirs of a Geisha by Arthur Golden - I feel like the character portrayal of the main character Chiyo, and actually all the characters around her are just so good in this book. You really care and feel for them and eventhough they're entirely fictional they feel like real people you wish you could've known or met.
To the Edge of the Sky by Anhua Gao - I am a huge fan of reading about Mao China, because it's such a fascinating and horrifying telling of what man is capable of under pressure and extreme circumstances (much like Nazi Germany). Biographies from people who experienced it are my favorites since they're written by people who made it (obviously) and so offer some silver lining to all the gruesome.

5. The Keeper of the Isis Light by Monica Hughes 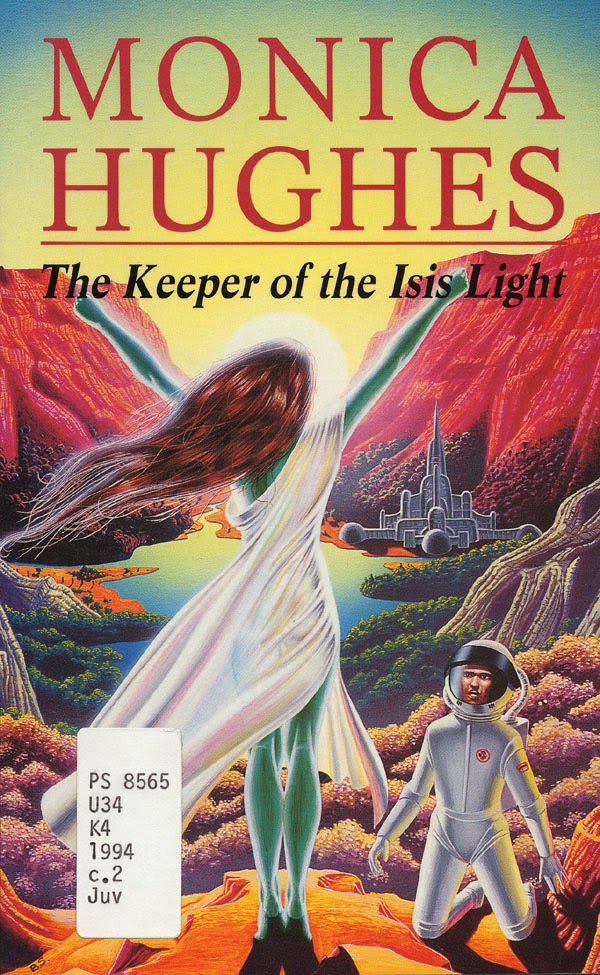 As far as sci-fi stories go this one isn't bombastic or grand in any way. Unlike for instance the Isaac Asimov series it doesn't stretch over the entire galaxy but takes place on the planet Isis, where the orphaned girl Olwen lives alone with her guardian Guardian (yes that is his name). Olwen is basically a lightkeeper on Isis, guarding it for future settlers which arrive on her 16th birthday. The story that unfolds between Olwen and the new settlers is so greatly written, with a neat twist that I at least did not see coming when I first read it in my early teens, I just love coming back to it over and over. It is the kind of science-fiction story I wish I had written myself. This book is the first in a series of three that further explores the interaction between the settlers and Olwen and eventually as time passes also how the settlement evolves into its own society with religion and laws based on things that occur in the first and second book. It's really interesting to see how ordinary things in the first book turn into mythologies, rules and laws by the third book and how the people reason around it - it makes you think a lot about how these things might have come to be in society around us.

The first book is definitely the best in the series, although they're all well written and worth a read as they explore different aspects of human interaction and social development, subjects that really interest me.

4. The Pillars of the Earth by Ken Follett 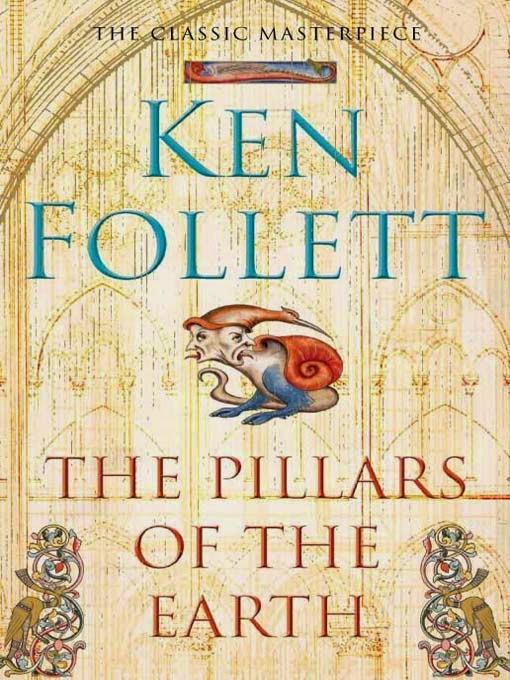 As far as I know, Ken Follett is mostly known for writing thrillers, but The Pillars of the Earth is nothing like that. Set in 12th century England, it's about building a cathedral and weaves in the life stories of families around it. It's extremely well written and also has some very naughty sex scenes in it which made me all blushy when I first read it around 14 or so. As with most other books on this list, the characters are well developed and it's just like a really good tv-series where you just need to know what happens next and really feel for the characters. In fact, it's a lot like Game of Thrones, but with a lot fewer people (something I think some people would welcome). In fact, this book sports a character mean enough to rival Joffrey. I just recently found out it was actually turned into a miniseries (and a board game!), that I have to watch now of course. 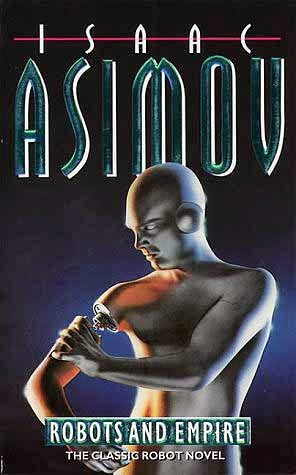 I like basically everything written by Isaac Asimov, but I've got to say that his entire Robots, Empire and Foundation series is truly epic. There is the occasional dull book in that series (which spans 14 novels, not counting short stories!), but in total it tells of one of the best and most fascinating science fiction universes I've ever read about. Originally these three series (Robots, Empire, Foundation) weren't connected, but eventually Asimov decided to write a couple of books that would bridge them. Robots & Empire serves to bridge between the first three Robot books into the later four Empire books. It continues the story of the three novels in the Robot series which follows the detective Elijah Bailey, who in this book is long dead. This book follows two of the main robots that also appear in this series, and explains a lot of the things that are later referred to in the Empire series in a very satisfactory way, by giving us the unknown fourth robot law, which is why the book is called "The Unknown Law" in swedish. The Robot series was always my favorite in the entire Saga for characters, and reading this closing novel was actually quite emotional and without giving away too much of the story I will tell you that this book made me cry. 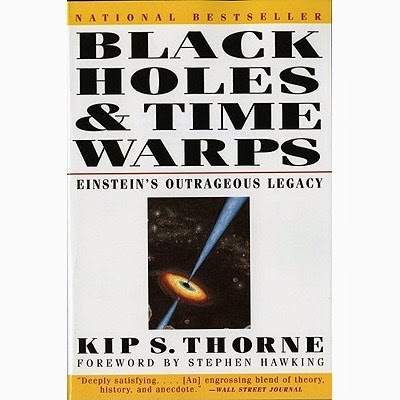 This book is actually not a novel, but a factual book about pretty much exactly what the title says - Black Holes and Time Warps and everything around it. The one thing I love about this book, besides the mind boggling "I am a tiny speck in the Universe" kind of mentality it manages to put me in, is that no matter how many times I read it I always seem to discover (ie understand) something new about it. Although it is written in a very understandable language, even for someone like me who only really has a big interest but no real knowledge about the kind of physics in this book, the themes are totally mind blowing in a way few novels can be. This book proves the old saying that the truth always outshines imagination.

1. The Count of Monte Cristo by Alexander Dumas 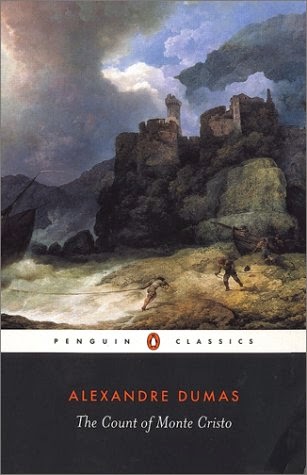 You've all probably heard of this one, and if you haven't read it, I couldn't recommend it more. I had something of a "read all the classics" phase a couple of years back and went through a lot of the Old Great Ones - one of which turned out to be on my top 5 most disliked books (a list that's probably coming in the future)! And then there was this one. The first time I read it I was truly glued to the pages, it was one of those page-turners I just couldn't put down. The story of how Edmond Dantes becomes set up, spends years in prison only to come back and exact his gruesome revenge is so darn good, after I had finished the book I felt I needed to see every version of the story that was out there. I watched several movie and series adaptions, all of which came nowhere close to being as good as the original book of course (the best one was actually an anime called Gankutsou, the worst one is the movie from 2002). I definitely don't want to ruin any of the story here, but Dantes doesn't just have one person to get his revenge on. The intricacies of the way he goes about it means you can't tell what's going to happen next, his plan is executed in many stages where some people are punished and some people are rewarded. It's without a doubt the best revenge-story out there because it's just not as simple as the bad guys getting what's coming for them. No matter how many times I read this book, I never ever tire of it.