I Saw Avengers: Infinity War And I Have So Many Questions

THERE WILL BE SPOILERS, YOU HAVE BEEN WARNED!

I saw Avengers Infinity War Friday evening, and while I thought it was a highly entertaining movie and recommend anyone with an interest in the MCU to watch it, it also left me with a bunch of questions.
Now I realize my knowledge of the lore and intricacies of the MCU are very limited and that comes a lot from the fact that the comics aren't so easily available in Sweden and some from the fact that I haven't even watched most of the other movie entries in the Marvel Superhero franchise yet. Some of the questions I have from AIW might already have been answered in the previous movies, most of which feel like they've all been setting up for this one. 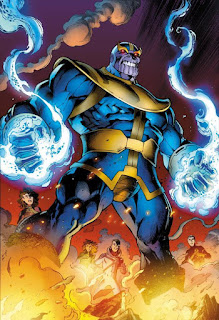 While I don't think it's essential to have seen ALL the previous movies, because there are a lot at this point, I do agree that some of them are pretty dang important to get the right feel of the characters and story.
Dr Strange is definitely one of those movies. Black Panther is another. I had no idea who Vision, Scarlet Witch or Red Skull were (other than that I know they exist in the comics) because I haven't seen Age of Ultron or Captain America: The First Avenger, so they are worth watching first as well. Some things in AIW I didn't really know the background of, like who the heck the guy with the arm was (apparently the Winter Soldier from another Cap America movie) but he was more of a cameo than a plot element. The movie references events that happened in the latest Thor movie (Ragnarok) which I also haven't seen, but recaps it well enough that you get the gist. I also haven't seen any of the newer Spider-Man movies, but Spider-Man is Spider-Man. I guess the final scene where he vanishes loses a bit of its punch if you haven't built up some emotional attachment to that particular Spider-Man yet though.
But I also know there are a lot more characters in the MCU, or at least within the Marvel Universe, that I wondered why they didn't show up. Like, where are any of the X-Men when you need them? I am sure Phoenix (when she's not just going all bonkers) could've been useful against Thanos. I also missed the Fantastic Four. While the Four themselves might've been of limited use (but to be fair, since they still try to make me believe Black Widow is anything but useless I am sure the Four could've contributed quite a lot) it would've been cool to see what Dr Doom had to say about Thanos' plans. Since I don't really know much about Dr Doom and judging by his name it probably wouldn't have benefited Earth however. 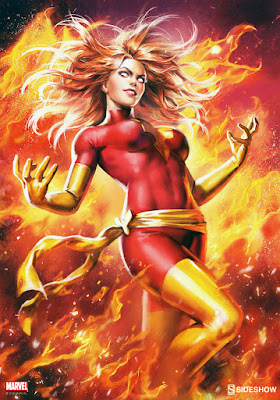 I realize any characters missing were probably due to legal issues, and also the fact that the movie already sports a massive array of super heroes (some of which, like The Falcon, seem completely unnecessary). I think the movie did a tremendous job to manage to get this plot come together to something that wasn't just a mess trying to follow. Each storyline manages to make sense and come together to a marvellous (see what I did there) whole.
So while it would've been cool to see even more super heroes get involved, and they might still be, I understand why they weren't.
My questions instead regard a lot of Thanos' reasoning. Now, as you must've understood by now I know very little about the MCU in general and not much about Thanos either. These questions are raised by someone who basically only has the information from AIW to go by. I think AIW does a very good job at layering Thanos' motivations, making it a lot more than just black and white. While Thanos wants to kill people, and a lot of them, he does it for the "greater good". Essentially he is no different from any hunter who culls a herd of animals for the greater good of the rest of the eco system, and in the end the animal itself as well. Rather than having a lot of people suffering, you have a few people living in prosperity. So far so good (even if, rightfully, a lot of people don't agree with his reasoning).

What I don't get though is that if Thanos has the power to wipe out half of all life in the Universe once he gets his grubby hands on all the infinity stones, then why doesn't he also have the power to provide for the life that is already in the Universe? If the argument is that that wouldn't really solve the issue as resources are finite I would argue that reducing any population by half to remove overpopulation also doesn't solve the issue as populations will rise back up again, at which point Thanos would have to redo all the work (of having to snap his fingers to kill people). Will he do this on a set time schedule or whenever people reach a certain amount or ratio of overpopulation? Or maybe continuously? It makes more sense to terraform planets into livable area for the people that already exist, because A: no one would have to die and B: with the infinity stones resources aren't limited in the Universe in any practical kind of way.

This also saves him the hassle of figuring out something else - who to kill? In the movie it's not clear whether people die randomly or Thanos has chosen them, but that's not the big issue here. Do only people die? Only sentient beings or any living being? Because let's be frank, there are more animals on Earth than just humans who can be quite devastating for an eco system. Also taking into account every other planet with living organisms on them I think it's safe to assume that the range of sentience is quite wide, so where to draw the line? Is Thanos going to wipe out half of everything living just to make it easier for himself?  What is a virus classified as? Where to draw the line with people with disabilities or species with different levels of sentience, like elephants and dolphins? Wiping out half of everything living would also be extremely counter-productive as it would basically put the resources vs people ratio to the same levels he is trying to avoid. So let's assume he doesn't want to get rid of half of every tree, beetle and duck. What kind of scale does Thanos use to judge whether something living is enough of a burden on an eco-system? Has Thanos even thought this through?

Worst of all though, once Thanos has all the infinity stones, or even beforehand when he plans on what he is going to do with the infinity stones, he only has one plan. He doesn't even try to consider any other way of dealing with the issue. When he looked at the devastation going through his home planet of Titan he never once thought "how can I provide for all these people?" but instead all he thought was "how can I make half of them die so that at least we don't all suffer?". It says a lot about his inner workings and is definitely worth calling him out for when he starts on his "holier than thou"-rant of trying to help people. Nah dude, you just want to kill people. Why even bother trying to justify it?

But maybe the infinity stones don't work that way, maybe they can only destroy. If that is the case it's not very clear in the movie (in which they're only basically portraid as giving the wielder immense power of any kind).

And in the end this is all just a lot of over-analyzing from someone who really should read up more on the lore first, and maybe not write rambling blog posts when tired and hungry. If anyone finds the time and want to clear up any of these questions though - I'd be grateful.