We've finally got MoP guys. How does it feel? Do you enjoy it as much or as little as you expected? Well I doubt you would've paid for it if you didn't expect to have fun with it, but anyway. Let me tell you what I think of it.

Lowbie Pandaria
I had the choice of either nerding up my priest to max level as fast as possible or try out the new race and class. Since the former is what I normally do first, I decided for a different route this time, namely swapping between the two rather than just focusing on one. Said and done, I rolled a little Panda Monk, named by choosing random article on Wikipedia (quite handy that, this time it was a tiny island somewhere in the Pacific) and got to it. 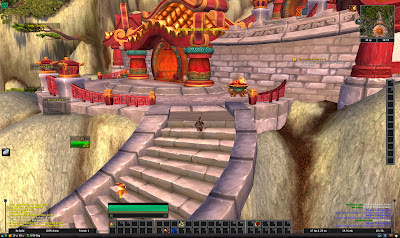 At first the quests were pretty meh. By that I don't mean boring or disappointing, but not overly interesting or surprising either. Gather some of this, help some guy out with that, it was a lot like what we had seen already. In fact, when comparing to the Goblin starting zone I thought this was starting out a little bit slow. Obviously you will only enjoy the Pandaria zone, and the new Pandaren, to the fullest if you can swing with the whole Martial Arts and Kung Fu idea that they're all about. Fortunately, I am quite fond of that, and although I can understand and even somewhat agree with the critics who scream "Kung Fu Panda infringement!", I am actually liking the whole scenario.

It did start out slow, and up until level 9ish this post would probably have been more along the lines of "it's ok, but I expected more". But then something happened. Don't worry, this post is spoiler fairly free, unless you consider me saying that I had a blast a spoiler. Suddenly I started getting a couple of quests that were, to put it bluntly, awesomely good fun. Eventhough I am low level, they do require some skill to complete. For the first time since late BC I did not feel like my way was constructed with a newb player in mind. Doing and completing the quests actually made me feel like accomplishing something and I had a thrill doing them. Now I am not saying these quests were overly many, but they were there and they definitely upped the entire experience for me. 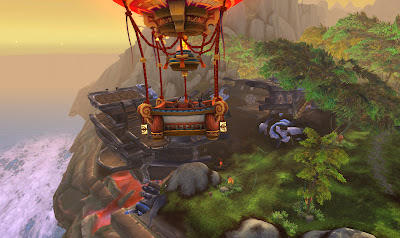 It's not just about the quests thought, I think Blizzard did a good job with most of the main-NPC. Some of them got pretty damn close to me feeling like I was playing with friends, and parting with them was a damn hard thing to do when I had to choose between going Alliance vs Horde. I really wanted to choose horde, I did, but unfortunately all my characters on that server are already alliance so having one little horde seemed like a bad idea. It was a choice that pained me however, and deep inside I probably deny regretting it.

I do like the Pandaren area, not as much as I did Northrend or Outlands, but it's still ok. It's beautiful and well designed. At one point a random NPC waves at me and asks me if I want to go listen in on one of the Pandaren telling stories for the kids. I think "sure, why not", run off my quest course and sit down among the kids. I get a song sung for me and a long scripted event telling me more about the lore surrouding the Pandarens. It has nothing to do with the quest I am on, but that's exactly why it makes the world feel alive and me feel special. I only wish there were more of these tidbits.

If I had to say anything bad about the Pandaren starting zone, it would probably be that the Pandaren are not half as peace loving and altruistic as their serene faces want to give impression of. A lot of the quests will have me do things I did not quite agree to, nothing that would compare to the Apothecary Society, but still out of the image I had about Pandarens.

85+ Pandaria
I barely even tried questing on release, for obvious reasons. Just trying to get the first couple of quests turned into a quest, with hundreds of people blocking the quest giver and 5-10 min lags. At one point hundreds of people were huddled together trying to find a quest giver that was actually 100 yards in another direction, but no one knew because we couldn't see what the heck was going on. I tried different things like /tar and binding my interaction button, it worked so-so. And even when I finally did get the quest, completing them seemed near impossible with glitchiness that had me pull my hair. 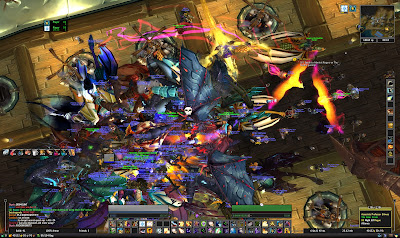 Trying to get into an instance did not prove to any easier. The first time I tried it I first got stuck in what easily was a 10 minute loading screen, only to disconnect. After a couple of tries however I did manage to get my first dungeon done. They're short and intense, quite simple on normal as to be expected and quite whacky. I am looking forward to see how they work in heroic (no, I have not got that far yet).

These issues were all to be expected, and eventhough even Blizzard should've (did) expected them I do not blame them or nerdrage on them for not making a smoother launch. This is what the launches have always been like, and since things vastly improved just half a day after launch I am still happy. Other issues like every quest area being swarmed with fellow players either tagging all your quest objectives or ganking (which has yet to happen to me fortunately) is something Blizzard can do less about. They have done a few things however, and I commend them for it. Most "boss" quest objectives can be shared, regardless of who gets the first blow, and most spawns have been cranked up extremely high, for better and for worse. I've been stuck a couple of times having to fight a flood of never ending mobs, but in essence, everything is like it usually is at the start of a new expansion. 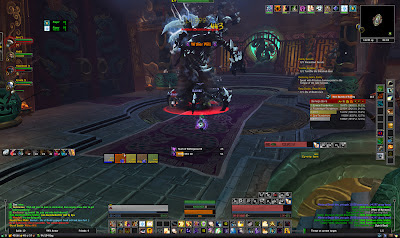 I'm not sure what to think so far. I think my problems have less to do with the fact that the quests aren't that interesting yet (and I've only just dinged 86 so there is still a lot to come) and more to do with the fact that my gaming has changed a lot on a more personal level. Most of the people I used to play with have quit playing, or scattered off to other servers, and because of this this expansion is very different for me compared to other ones. Previous expansions I used to level together with a group of friends, people I've either known for a very long time in game, or actual IRL friends. At the end of the leveling, instancing and raiding with these people waited for me and I had that to look forward to. Eventhough I am in a really nice guild now, they can't remove the fact that I still don't know them that well and that I also overall have less time to play.

That has taken a lot of the fun out of the game, so much in fact that I seriously contemplated quitting just a couple of months ago. The guild I am in is the reason I haven't yet, as they have brought back a lot of the fun in the game for me. In the end it just means I will take things slower. Playing as disc is working ok, it's how I've tackled every expansion so far. It does require a lot of smiting (which isn't overly interesting), but I don't think it's that much slower than if I had gone shadow (or that is what I am telling myself at least). 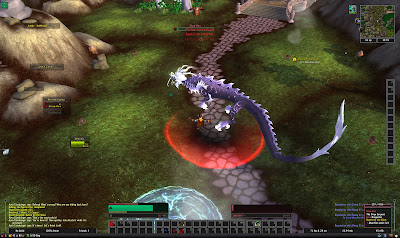 On an ending note, MoP has turned out to be pretty much what I thought it would be, but with the little surprise here and there that upped the experience a notch. I am not throwing myself at it, but I am looking forward to exploring more of it and finding out more about the story surrounding the Pandas, slowly but steadily. All in all, woW is still the good old time killer it's always been.
Posted by Zinn at 13:58