You're right Illidan, I am not prepared

Hold up a minute. Burning Crusade is a thing? I guess we all saw this coming the moment they announced they were going to release Classic. I am sure we all went "ok then, I wonder if that means...?". Of course that is what was going to happen. Classic and TBC were very popular and there is no way they're not also releasing Wrath of the Lich King once they've started down this path.

Problem is, I am so not prepared. They only released Classic 1,5 years-ish ago! I don't even have a level 60 yet! 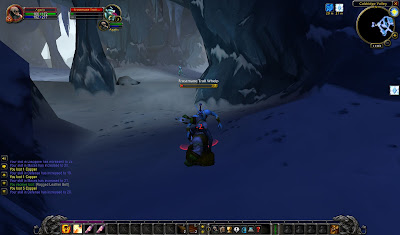 I was always hype about the possibility of TBC coming back, just like I was mad hype about them re-releasing Classic. And I have loved every second of Classic so far, which is half the reason it has taken me forever to get anywhere (that and unlike last time I played WoW I am making sure to divide my time to other games as well). I love the leveling experience and have multiple alts between 20-50. I am not in a rush to get to end game, at all.

Except now maybe. Because there is no way I will be able to stay away from TBC once it is released. And there is no way I am going to have time for Classic and TBC. And if they will be asking us for a separate fee for both there is also a very tiny chance I will even want to have two subscriptions, I just don't see that happening.

So here I am, kinda feeling forced to move on to TBC. Which I am not, of course. I could just lounge around in Classic some more if I want to, but I wonder if anyone else will stick around with me? Or will finding groups be even harder? It's not overly difficult at the moment, but there are evenings when I just don't find a group I want and that might happen even more as players move over to TBC. 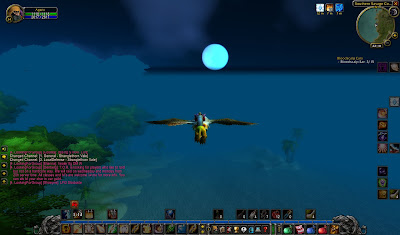 Classic is fun because I find great people to do content with. I also enjoy questing on my own, but that is only because I am not really on my own. I can talk to people in guild chat or run across people questing in the same area. Maybe you group up for some harder quests and then you say your goodbyes. This is where Classic WoW has always excelled I find. If I knew I was in fact one of only very few people left on a server, that would definitely take a lot of the fun out of it for me because the only thing that is really left for me to explore and that makes the game still new and fresh is other people. I've already done the content a hundred times (literally). I've done every area, every dungeon, every quest, leveled every class at the very least once.

And yet I just don't feel anywhere near done enjoying Classic yet. I still want to get to end-game, there are still several instances and every raid that I haven't done (this time around). Most raids I didn't even get around to experience current-content the first time around, because I wasn't in a raiding guild and I don't recall PUG raids being anywhere near as common back then as they seem to be now. While I did do MC and ZG a handful of times before TBC was released, I never saw UBRS, BWL or Onyxia until after that. 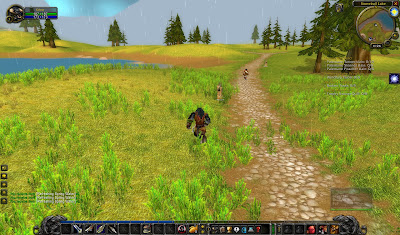 But I know most people probably have been in end-content for a year now and maybe they are feeling done with it. I've heard it's difficult to find groups for PvP which might've otherwise bolstered end game. I heard that Blizzard intend to keep dedicated Classic servers running but I wonder how long they will do that if most people leave them. I don't know, maybe it is a good thing that I am sort of being ushered along since I seem to just loiter around and not even get to end game, but I can't help but feeling this will only mean I am going to miss Classic all over again (until they re-re-release it in another 15 years).
Posted by Zinn at 21:35

Email ThisBlogThis!Share to TwitterShare to FacebookShare to Pinterest
Labels: BC