Field Report #28 - I Finally Made It Out

Yeah, I finally made it to Outlands. I am sure you've all been wondering, crying yourself to sleep every time you realized there wasn't a new post from me. Ok maybe a bit too much hyperbole.

Let's just say I panicked a little when TBC Classic was announced. I didn't feel anywhere near done with Classic WoW and I hadn't even gotten a character up to level 60 yet at that point. I had been taking my sweet time and that meant missing out on all the end game content of Classic WoW all over again (because that was pretty much what happened the first time around). 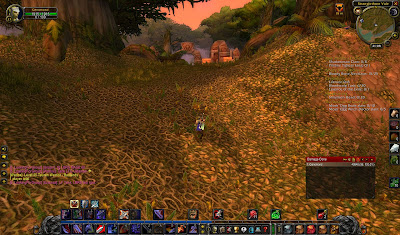 I know I could've stayed around. I was also pretty sure few others would, regardless of what gaming news articles were trying to tell me. The ones who would were probably some really dedicated people that would demand more of me than I could offer. I required the general public to be around, and the general public were going to move on. And so I needed to as well, sheeple that I am.

It did help that I absolutely love TBC of course. I am hyped about it, I was always looking forward to it. Just not yet. But it's ok, here it is and I couldn't stop it. Now I needed to get a character to level 58 to enjoy it. 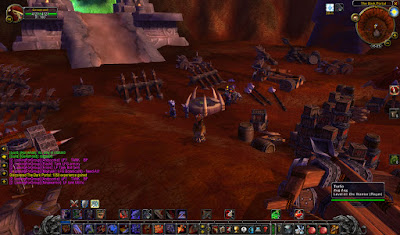 I did get my warlock to level 60 some week or so before the launch, but for some reason I really wasn't feeling it. I remembered TBC being where my love for tanking first started and I felt an urge to get back to that again. Too bad my warrior was only level 46 or so. I realized waiting for and tanking groups probably wasn't the fastest way to go at it, so I decided to respec. Again. It is getting costly now.

But now I am a fury warrior and I started to hit questing, hard. I mean as hard as anyone could when you've got some 1,5-2 hours game time in the evening at best. It took me about two weeks but now I finally made level 58 and got to Outlands. For the time I am going to stick with fury so that I can quest somewhat decently, and hopefully tank decently enough as well. I tanked a few Zul'Farraks for which I was quite overleveled at the time, and other than that I've never actually tanked in dps spec before. It'll be an interesting experience.

Email ThisBlogThis!Share to TwitterShare to FacebookShare to Pinterest
Labels: BC, Field Report